Tea. Some people just don’t get it. They drink one cup, look at their watches and say that they have to get on with their day. Some people – and I can hardly bear to write this – don’t even LIKE tea. These people are heathens and should be watched carefully. 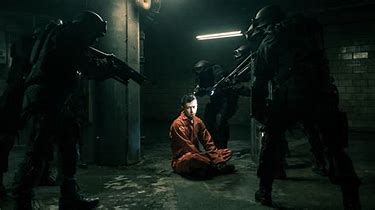 But those people who do like tea know of its deep and mysterious powers.

There was almost a bit of a ritual associated with it: a little holy silence as the kettle poured and the tea brewed (woe unto those sinners who put the milk on top of the tea bag). Biscuits would be offered, the perfect accompaniment to tea and, the final side of the tea triangle, a good chat. Hours were spent talking, refilling the mugs and talking some more. A great many problems were solved in that time – and a great deal of work avoided too. Illuminating it all though was the simple but sincere pleasure at being invited in to someone’s room, their private space, and asked to drink tea with them. 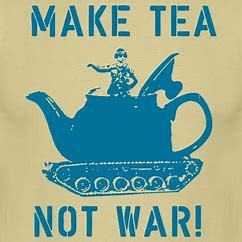 Later, at a large heritage organisation I worked for, I came to better appreciate tea’s incredible motivating power. No meeting would start without it. No single hour’s volunteering could be commenced before it had been consumed. The organisation thrived on cups of tea and slices of cake; a half stone weight gain always accompanying the unwary new workers in this field. Mass mutiny would be threatened by elderly volunteers if there were no teabags or if the cake was any less than homemade. It remains a threat to this day so if you’re ever mooching around a mansion and hear a roar of anger behind a ‘private’ door, you can bet the milk’s just run out.

The connection between hospitality, tea drinking and friendship is something that is more than just British though, it’s international and transcends time.

Simply inviting someone into your private space is actually an act of immense welcome and trust. In the Viking era, the more hospitable a lord was to strangers, the greater his reputation. No one should be turned away, as it might be the wandering god Odin at your door and you would be risking his wrath by sending him on his journey without shelter, food and drink. Practically it meant that any Viking would be certain of a roof over their head and physical protection wherever they went amongst their fellow folk, by guest right. The understanding was however, that if you took food and drink (bread and salt in other cultures) then you would behave appropriately in your host’s home and offer them no disrespect.

Welcoming someone over your threshold is a significant act in itself. The doorway of a home is known as a liminal space (from the Latin limen meaning threshold) – an area that is not quite one thing or another, a place of transition. A doorway is a space between both inside and outside, protection and threat, order and chaos. In the Celtic world sacred rituals would be held in liminal spaces such as river banks, caves or mountainsides as they are between heaven and earth, between here and there, between good and bad. No wonder Dracula had to ask for permission to come in, doorways have power.  To be invited inside is a mark of distinction, approval, preference.

Once you’ve welcomed your guests inside (after careful vetting!) the very cups and saucers you use are also freighted with meaning. The famous Japanese tea ceremony is all about showing your best side to your guest; it’s called shokyaku. Everything, even the placement of the tea utensils, every movement of the hand and the detail of this intricate ritual highlights the deference being shown to them. Although we don’t have quite the same ritual surrounding our tea in the UK, the importance of using your ‘best’ china, or even perhaps one of your better mugs, is definitely A Thing. I’ve got a range of Emma Bridgewater crockery that I crank out even if a friend is just popping in for a quick cuppa. Recently the tip of my teapot’s spout was broken in the dishwasher and I was torn between howling in despair at the damage or acknowledging the chip as a sort of war wound: my teapot a doughty veteran of many of long brew.

Offering food and drink is a guest right that we still practice today. Most people have had that granny that tried to fill you with biscuits, cakes and sweeties long after you had exploded like Mr Creosote. To leave their house any less stuffed than a foie-gras goose was a sign of their failure in the eyes of everyone they’d ever known. Go on, just one more slice, you can’t be full yet!

To offer tea without any edible accompaniment in Russia, another great tea-drinking nation, is to serve it ‘naked’ and therefore highly embarrassing. Fancy snacks are only brought out for guests (the family having to slum it with the Russian equivalent of Rich Tea biscuits). In the UK, a polite but bloody war rages on about whether a jaffa cake is considered a biscuit or a cake (I hold no position on this – I don’t want radioactive orange goo through my letterbox in the night). Gordon Brown was knee-capped by Mumsnetters demanding to know his favourite biscuit, the context being that they are never served without a cuppa and if you don’t drink tea properly then what the hell are you doing as Prime Minister of Britain? My biscuit eating has abated in recent years as I try not to pile on unnecessary poundage but, whilst pregnant and breast-feeding, my tea shop ratings depended on the size of serving cup and height of cake slice as much as the ability to park up my tank of a buggy.

As for the type of tea, I’ve been known to wander down some unusual side alleys in search of a good brew. I’ve tried oolong, pu-erh (Chinese fermented tea), Moroccan mint tea, jasmine green tea pearls and even Russian Caravan, which is Earl Grey with a little smoky touch of Lapsang Souchong. From day to day though, I just need a good basic teabag from the supermarket shelf, no fuss, no frills.

As I said at the start though, you can have the tea, the biscuits and a chat but if the other participant doesn’t truly understand the fundamental concept of tea-drinking then it’s a less than satisfactory experience. I want paned.

Paned (or sometimes panad) is a Welsh word for a cuppa, though a friend of mine (a tip of the hat to you, Mrs Dew) always used it to describe the full works, a kind of tea-based therapy service. It meant endless tea, great nibbles and deep and meaningful chat. The kind of cuppa that goes on for hours till you’re nearly tea-d out, accompanied by exchanges of secrets, recounts of past lives and belly laughs so massive that you almost have to stop eating cake. Almost. All problems brought to the table are talked around and chopped down into bite-sized manageable pieces. All secrets are sub-rosa, locked away in the sacred bond of paned.

Needless to say, paned is not an everyday occurrence. Something so life-affirming can’t be debased by regular handling. But, oh, when it does happen, paned is just a little bit magical. We all need more paned in our lives.

So here’s to my sisterhood of tea drinkers, those ladies whose teapots are as bottomless as their chat is naughty, touching and hilarious, you know who you are. I raise my cup to you and salute you.

Now. Who fancies a brew?

6 replies to The Power of Tea

This site uses Akismet to reduce spam. Learn how your comment data is processed.